Why Allsops Auctions Are Immoral – TheLiberal.ie – Our News, Your Views 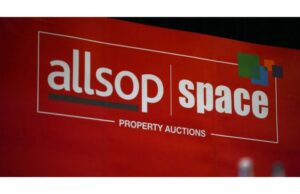 If you cast your mind back to an era when money was fast and decisions were loose, an Allsops auction wouldn’t just seem inconceivable – it would have been. But as crazy a concept it would have seemed, they have unfortunately become commonplace in the new Ireland that has emerged.

Commonplace or not, these auctions have about as much morality as a rabbit in the summertime. They’re completely wrong on so many levels. The Celtic Tiger may have decided he wants a warmer climate, but have common courtesy, decency and the downright sense or right or wrong gone out the window too? So many of those who have fallen on tough times would make a fine sequel to their initial adventure – if they were only given the chance.

Who wants to buy on the back of someone else’s misfortune, someone else’s “bad luck”, someone else days, months and perhaps years of hard graft? There’s an element too of the old Irish begrudgery – human vultures from overseas and here at home, ready to feast on the carcasses of latter-day entrepreneurs.  Point out the human cost involved and you’re likely to be laughed at.  The human cost of anything pales in significance when compared to mortgage redemption figures.

My gripe with such auctions is the fact that people buying and more importantly selling at them, are overlooking the fundamental problem in today’s economy. Without a doubt, the banks should have been let “go to the wall”.  When they weren’t, the next best thing was to sit down with their debtors and to broker a deal.  Their new job was easy, write off the debt the person owed and let them start again. Plain and simple.

If you suggest such a course of action, you’ll hear everything from “it’s not that easy” to “there has to be rules and people need to be punished”. Rubbish! The rulebook was re-written when the banks were bailed out. We left the old ways behind us on that fateful night. The majority of property owners and developers were go-getters, entrepreneurs, people who didn’t just talk but actually made something of themselves – and the economy to boot.   People like that are the ones we need to drag us out of the Celtic Tiger cigar ash.

In America such people would be lauded for their efforts. They’d be given a chance to develop new ideas in a recovering environment. Sure, let an Allsop-type auction happen then, when the original owner has a chance to reclaim what is rightfully theirs, but until such a time takes place, these auctions will be considered by many to be immoral, unjust and plain wrong.