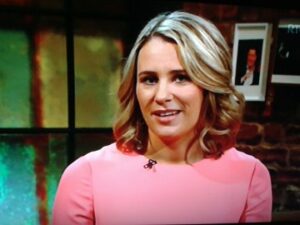 Evanne Ni Chuilinn was interviewed tonight on The Late Late Show about growing up knowing she was adopted.

In an emotional interview, the RTE sports broadcaster went on to say that she had fabulous parents who brought her up and that she always knew she was adopted.

Evanne went on to say her brother took his own life four years ago but that life has improved and that she’s married with a baby and another on the way this year.

It’s easy to see why this broadcaster is popular, a genuinely decent person.