Gay marriage – a fair debate? – TheLiberal.ie – Our News, Your Views 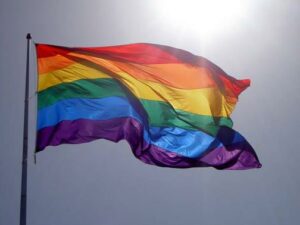 In Irish society, the word “debate” has been badly tarnished.  We’re having a debate, we’re told, about the issues of the day, but that’s not really the case.  Political correctness has taken a vice-like grip on what used to be known as “opinions”.  People were allowed to express “opinions” without being judged, chastised or being subjected to insults.

This never becomes so evident as with the debate on gay marriage.  For an issue of huge importance to Irish society, we need a calm and reasonable debate more than ever.  Instead, things have descended into an out-of-control tailspin and no-one seems to be able to shout stop.

We need calm but what do we get instead? Calls for a watchdog body keeping an eye out just in case anyone might express an opinion contrary to the acceptable views.  Condemnation of some insults while others are subtly ignored or even heralded and repeated.  Accusations taking the place of reasonable debate.  So much for those plans of a mature society.

Any national debate must be civilised.  We can do without the insults and death threats, thanks. Everyone is entitled to have and express their view and opinion on the subject of gay marriage, without being patronised or branded a homophobe should their opinion not lot nicely into a politically correct environment.

That’s my opinion and I’m fully entitled to hold that position without being cast a homophobe. I don’t hate gay people. I don’t dislike them; I don’t have any grievance to bear with them whatsoever. I’ve got plenty of gay friends. They know my feelings on the subject and we frequently have a pleasant banter exchange. My gay friends don’t feel intimidated by the opinions I express, nor do they feel threatened enough to shout homophobe – they’re mature, decent individuals who respect me as another person who houses thoughts in their head.

Gay people must be fully accommodated with their life-partners, but Civil Partnership covers everything that’s needed. Gay marriage is just making a farce out of the true meaning of a marriage and I will vehemently oppose it on polling day.

Dignity, calmness and respect are all needed when opinions are strong, but they’re so easily forgotten in times of debate. Please remember your opposition feels as strongly on the subject as you do. You may agree with me, you may not – I accept all opinions with grace and respectfully wish you to do the same.