The Simon Community renews its call for the Government to raise rent supplement – TheLiberal.ie – Our News, Your Views 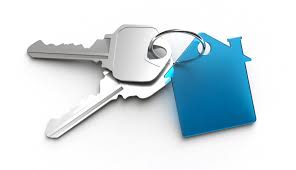 The housing charity is today once again calling on the Minister for Social Protection to increase rent supplement, on foot of figures released by daft.ie

According to the site, the number of available rental properties has dropped to its lowest number since 2006. The figures also show that there were a third less properties to rent at the beginning of this year in comparison to the same time last year.

Rents are also on the rise; the national average between January and March this year stands at just over €960, which represents an increase of 8.2% on the same period in 2014.

The Simon Community spokesperson, Niamh Randall, has said: “Some of the measures that we ahave seen recently are very worrying, for example, the decision by the department for Social Protection and Tánaiste Joan Burton not to increase rent supplements is really worrying.

“We know that this is causing homelessness, so again we make the urgent call to increase rent supplement limits.

“And this, coupled with measures around rent certainty, would allow more security of tenure for rent in the private rented sector.”